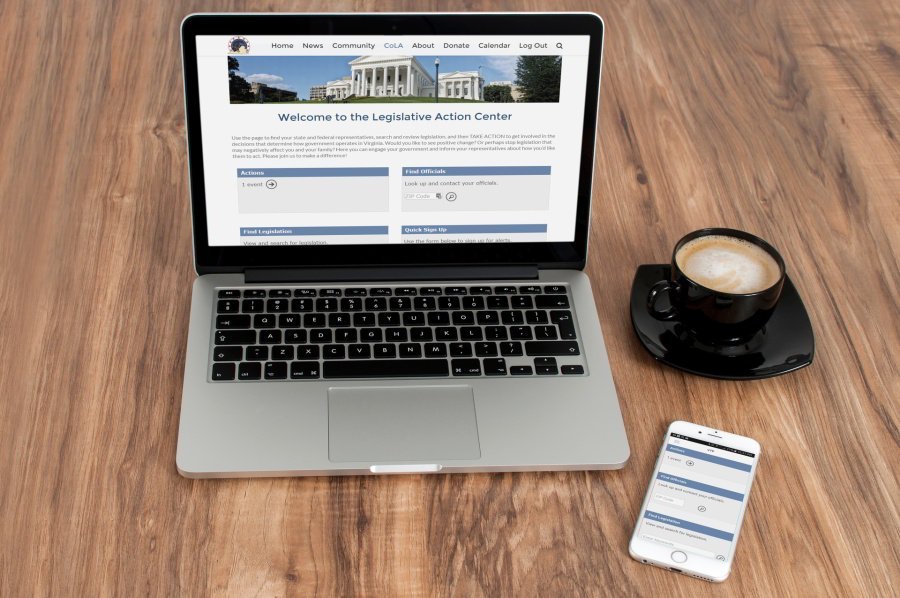 Definition of an action alert:
A request for you to call or email your Delegate or Senator asking him/her to support or oppose a bill. Legislators’ votes are not affected by anyone other than their own voters.

Who will get an Action Alert?
Alerts for calls and emails targeted to the voters of a Delegate or Senator can swing a vote our way in committee.
GENERAL ASSEMBLY FACT: “Bills Live or Die in Committee”

There may be an Action Alert requesting calls to all Legislators. These will be sent when the is a need to raise the level of chatter across the entire General Assembly over a specific piece of Legislation. Example: CoLA Priority Legislations.

There may be Alerts calling for anyone who can be present at a committee meeting to be there to show support for our position on a bill.

Action required:
To be effective these action alerts require an immediate call or email from you. Things happen very quickly in the General Assembly. There can be an extremely short window between the time a bill is placed on a committee docket and the vote which will decide its fate. In other words; “Will it Live or Die in Committee”?

Why bother making a call or sending an email?
30 phone calls/emails from a legislator’s own voters can swing a vote to kill a bill that violates Tea Party Principles or help to move bills we support out of a subcommittee or committee and then to the full body for a vote. For the Federation this is very doable if Patriots take timely action.

What to do when you get an alert: (You are getting the alert because Your Legislator’s vote needs to be influenced)

1) Immediately call or email your Delegate or Senator. A subcommittee could be meeting as early as 6:00 A.M. the next day.
2) Give your name and where you live. (IMPORTANT: You are confirming that you are one of their voters. )
3) Tell them you are with a Tea Party OR The VA Tea Party Patriots Federation.
4) Give the full bill number (ie: HJ203) and ask him/her to support or oppose the bill.

This is ALL they want to know. If you want to say more, keep it very brief. One or two sentences max. Be firm but DO NOT THREATEN. Your call will be disregarded if you do.

Virginia Legislators vote on approximately 3,000 bills every year. They work extremely hard to get their work completed in 6-8 weeks….. Don’t be a gnat!

Old adage : “It’s not what you know, but who you know that matters”

In the world of the General Assembly and who has influence: “It’s not who you know, but who knows You”
Do your legislators know who you are and what you expect from them?